Some Good News for Bluefin Tuna

This reprinted article was originally published by NOAA Fisheries Resources Division on August 29, 2018

Although the Pacific bluefin tuna numbers continue to be low, there are signs the population is recovering and rebuilding targets set forth by international agreement are on track to be met. In July 2018, The International Scientific Committee for Tuna and Tuna-Like Species in the North Pacific Ocean (ISC)  released the most recent assessment of Pacific bluefin tuna (Thunnus orientalis) and evaluated the likelihood of reaching internationally established rebuilding targets. The bluefin spawning stock biomass (SSB) was estimated to be 3.3% in 2016 relative to their unfished SSB, up from 3.0% in 2014. Unfished spawning stock biomass is the theoretical amount of fish there would be had there never been fishing. The amount and rate of bluefin harvested continues to be high with the greatest catches (and thus impact) on juveniles in the western Pacific Ocean. NOAA Fisheries scientists participate in these assessments and since 2013 the agency has listed Pacific bluefin tuna as overfished and subject to overfishing.

The assessment also projected the stock’s performance based on its status in 2016, management measures in place now, as well as other harvest scenarios. Overall, the analyses indicate that the stock biomass is expected to reach the initial biomass rebuilding target adopted by the Western and Central Pacific Fisheries Commission (WCPFC)  by 2024 with a 98% probability, and the second biomass rebuilding target by 10 years after reaching the initial rebuilding target or by 2034, whichever is earlier, with a 96% probability. Experts have not yet determined the amount of biomass that would indicate the population is recovered or rebuilt.

See the 2018 stock assessment and projections

The Inter-American Tropical Tuna Commission  is expected to adopt catch limits for 2019 and possibly beyond at its annual meeting in August 2018. Given the projections for achieving the rebuilding targets are optimistic, the WCPFC may consider increasing catches when it meets in December 2018.

The best way to ensure the long-term sustainability of Pacific bluefin tuna is through international cooperation. NOAA Fisheries recognizes concerns about low numbers of Pacific bluefin tuna, and the United States has taken several steps to control the impact of U.S. harvests and has led international action to reduce fishing mortality, rebuild the species, and monitor status.

ISC also assessed the shortfin mako shark and Western and Central Pacific swordfish populations this year and noted no concerns about these stocks. 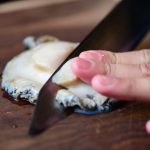 How To Prepare Abalone

If you’re a seafood lover who has never tried abalone, 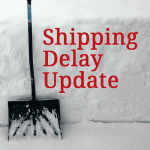 Due to severe weather some shipping delays are beyond our

Thanksgiving Shipping Schedule Delivery will not be available for Thursday, Nov 24 or Friday, Nov 25. Dismiss