Lucky Foods for the New Year

How about this year ditching that sure-to-break-it resolution and instead toasting to health and prosperity over a feast of fortunate fare? Consuming “lucky” foods on New Year’s has long been a ritual observed around the world. Although traditions and dishes vary by culture, most share common themes, which we’ve rounded up here. It can’t hurt to include at least a few during your New Year’s celebration, right?

Of course we must start with our favorite theme! Fish are believed to be lucky for a few reasons: their scales resemble coins; they swim in schools, which invokes the idea of abundance; and they swim forward, which is associated with moving forward in the New Year. In Japan, shrimp is consumed for long life, herring roe for fertility, and dried sardines for a good harvest. Germans have even been known to place a few fish scales in their wallets. If you really want to ensure a good year from start to finish, take a page from Chinese tradition and serve your fish whole with the head and tail intact.

Cooked greens, such as cabbage, collards, chard and kale, are often consumed on New Year’s because they resemble green paper money. The popular belief is that the more you eat, the larger your economic fortune in the year to come. Throughout the U.S., particularly in the south, a New Year’s helping of cooked greens is often accompanied by cornbread. The cornbread tradition stems from the color of the bread which represents “gold” or coin money.

Legumes are also symbolic of money as their small circular shape resembles coins. Also, when cooked, beans, peas and lentils increase in size which is symbolic of increasing finances. In Japan, a group of dishes known as osechi-ryori are eaten during the first three days of the New Year. The dishes resemble bento boxes and include sweet black beans called kuro-mame. In the American South, it’s traditional to eat “Hoppin’ John,” a dish of black-eyed peas and rice with bacon, ham hocks or country sausage. On New Year’s Day, leftover “Hoppin’ John” becomes “Skippin’ Jenny.” Eating the leftovers demonstrates frugality, which in turn promotes prosperity for the New Year.

Pork products — as noted in the aforementioned “Hoppin’ John’ — are commonly enjoyed on New Year’s based on the idea that pigs symbolize economic progress. The animal is considered a lucky symbol because it is plump, and because it pushes its snout forward when rooting for food which represents moving forward in the New Year. Roast suckling pig is a popular New Year’s dish in Spain, Portugal, Cuba, Hungary, and Austria. Foods shaped like pigs also count. Austrians are known to decorate the table with miniature pigs made of marzipan!

On New Year’s Eve in Mexico and Spain, one grape is eaten for each stroke of midnight, each representing one month of the calendar year ahead. If a grape is sour or bitter tasting, watch out for bad luck that month. For good measure, do as the Peruvians do and eat a 13th grape. Alternatively you could consume a handful of figs, which symbolize fertility, or a pomegranate. The average pomegranate contains about 600 juicy seeds, known as arils, which are also thought to represent prosperity. In Turkey, the pomegranate’s red color represents the human heart, which denotes life and fertility.

Grains like rice, quinoa, and barley symbolize abundance, while long noodles represent long life. It is thought that slurping the noodles can bring even more good fortune. A bowl of soba noodles in hot broth is a New Year’s Eve tradition in Japan, and according to ritual it is bad luck to not finish your soba before midnight. In many Asian countries it is also considered important to not break long noodles while cooking or eating them.

Baked goods are commonly served on New Year’s around the world, particularly ring-shaped cakes and round pastries, which symbolize coming full circle. Italy has chiacchiere, which are fried dough balls rolled in honey and powdered sugar. In Holland they serve oliebollen –a doughnut-like pastry filled with apples, raisins, and currants. In Mexico, Greece and other cultures, it is also customary to hide a special trinket or coin inside a cake. It is thought that the person who receives the “lucky slice” will receive good fortune in the New Year. 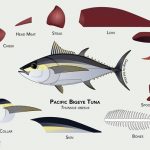 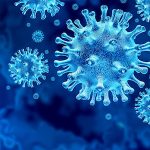 Dear Valued Customer, We appreciate your patience during these unprecedented